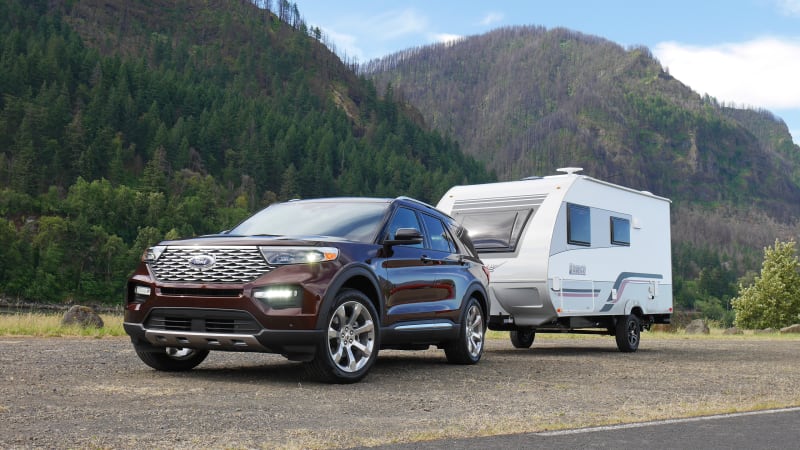 DETROIT — Ford Motor Co.'s profit last year plunged by more than $3.6 billion, weighed down by slowing U.S. sales, the cost of a botched SUV launch and some big pension expenses.

The Dearborn, Michigan, automaker said it made $47 million in 2019, down from a $3.68 billion profit a year earlier. For the fourth quarter the company lost $1.7 billion, or 42 cents per share, hit by $2.2 billion in one-time pension costs.

Quarterly revenue fell 5% to $39.7 billion, about even with Wall Street estimates.

Shares in the No. 2 U.S. automaker plunged 9.4% in after-hours trading, shaving more than $3 billion off the company's value. In comparison, electric carmaker Tesla closed up nearly 14%, pushing its market cap to $160 billion, more than four times the size of Ford's $36.4 billion.

"The results were not OK in 2019," Ford Chief Financial Officer Tim Stone told reporters at the company's headquarters outside Detroit.

"As I look to 2020 and beyond, I'm very optimistic," he said, while cautioning that Ford's lower guidance does not yet account for the potential impact of the coronavirus outbreak in China.

In an after-hours call with financial analysts, Chief Executive Jim Hackett was more blunt about the challenge of balancing Ford's protracted turnaround efforts with its continuing work on future technology, including electric and self-driving cars.

"I don't think this company can keep straddling the old and new worlds forever ... This company has to change," Hackett said.

Hackett blamed the drop primarily on the flubbed launch of the new Ford Explorer SUV at its factory in Chicago.

New Explorers came off the assembly line with multiple problems and had to be shipped to a Detroit-area factory for repairs.

Hackett also referred to higher warranty costs during the year, especially for a flawed six-speed automatic transmission in the Ford Focus compact car.

He said the Explorer production is now fixed and the SUVs are selling well.

“Our leadership team is determined to return to world class levels of operational execution,” he said.

He said 2019 was a year of restructuring for the company as it downsized its white-collar workforce and shifted its products to higher-growth, higher-margin SUV and truck segments while exiting lower-growth sedans.

The company also announced that blue-collar workers represented by the United Auto Workers union will get profit-sharing checks of $6,600, based on North American pretax profits of just over $6.6 billion.

Material from Reuters was used in this report.