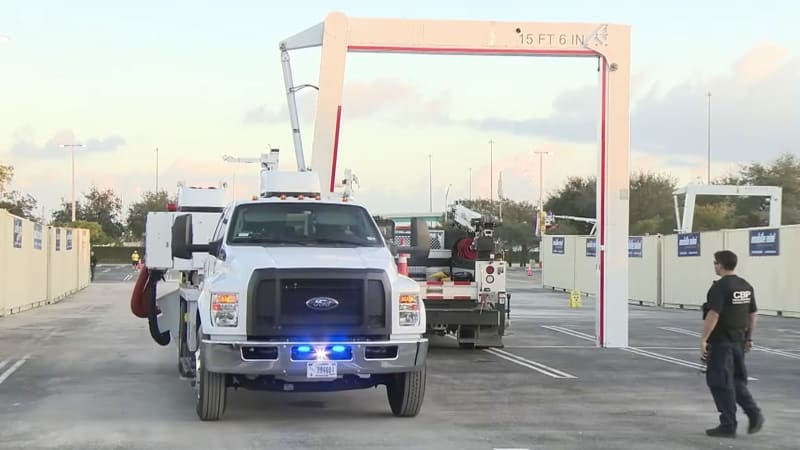 As one of the biggest events in the United States and one of the largest sporting events in the world, the Super Bowl will always be regarded as a potential target of attack. No security cost is seen as too overboard, which is how Hard Rock Stadium ended up with gigantic X-ray machines to screen incoming trucks and other vehicles. The mobile scanners, which are attached to commercial Ford trucks, were recently captured in action by WPLG in Florida.

To be clear, there is no known plot or information that suggests any tangible plan to attack Super Bowl LIV, which will be played this Sunday, February 2, in Miami. According to WPLG, however, federal and state authorities sent out a joint assessment warning that discussed foreign and domestic terror attacks. It also pointed out heightened awareness due to recent tensions with Iran. Again, this is just a warning, and all security, which has been in the planning for 18 months, is preventative.

Although this type of technology is not new, as these types of machines have been used for border control and cargo screening for many years, the device is not cheap. According to WPLG, each unit costs approximately $1.2 million.

The million-dollar trucks will be put through their paces, as every single truck and vehicle that comes into the area will need to be scanned. Similar to waiting in line at the airport, each vehicle will be checked before entering Hard Rock Stadium. The mobile scanner drives over a vehicle, and the image is processed and displayed within seconds. If the operators notice any sort of anomalies, the vehicle will be checked further. Additionally, several other safety measures such as K-9 units will be on hand, as well.

For more information on the security surrounding the game, head to WPLG.