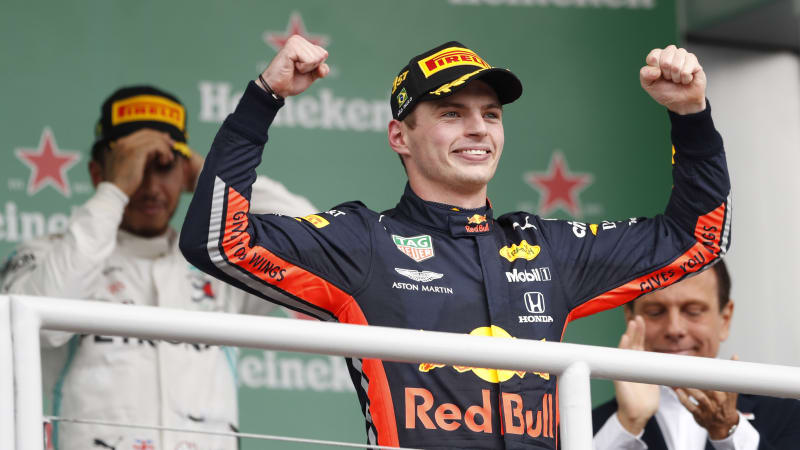 SAO PAULO — Red Bull’s Max Verstappen won Formula One’s Brazilian Grand Prix on Sunday for his eighth career victory in a race that ended disastrously for both Ferrari drivers. Verstappen controlled nearly all the race at Interlagos, which saw a dramatic late collision between Ferrari’s Sebastian Vettel and Charles Leclerc when they fought for the fourth position. Both failed to finish.

Toro Rosso’s Pierre Gasly got his first F1 podium after finishing second ahead of six-time F1 champion Lewis Hamilton. The Mercedes driver was third but faces an investigation after an incident that caused Red Bull’s Alexander Albon to spin.

Hamilton, who won at Interlagos in 2018, said Verstappen was “just quicker than us on the straights” and “there was nothing more we could do.”

Dutch driver Verstappen said “Lewis was very quick so I had to keep pushing... we had two good moves with him, and from there onward I could control the race."

McLaren’s Carlos Sainz was fourth, and could be promoted to third if Hamilton is punished.

The Brazilian GP on Sunday was the penultimate race of the season, with only Abu Dhabi left on Dec.1.

Hamilton had already secured the season title in the previous race in the United States. His Mercedes teammate Valtteri Bottas, who did not finish the race, had also secured the runner-up spot.